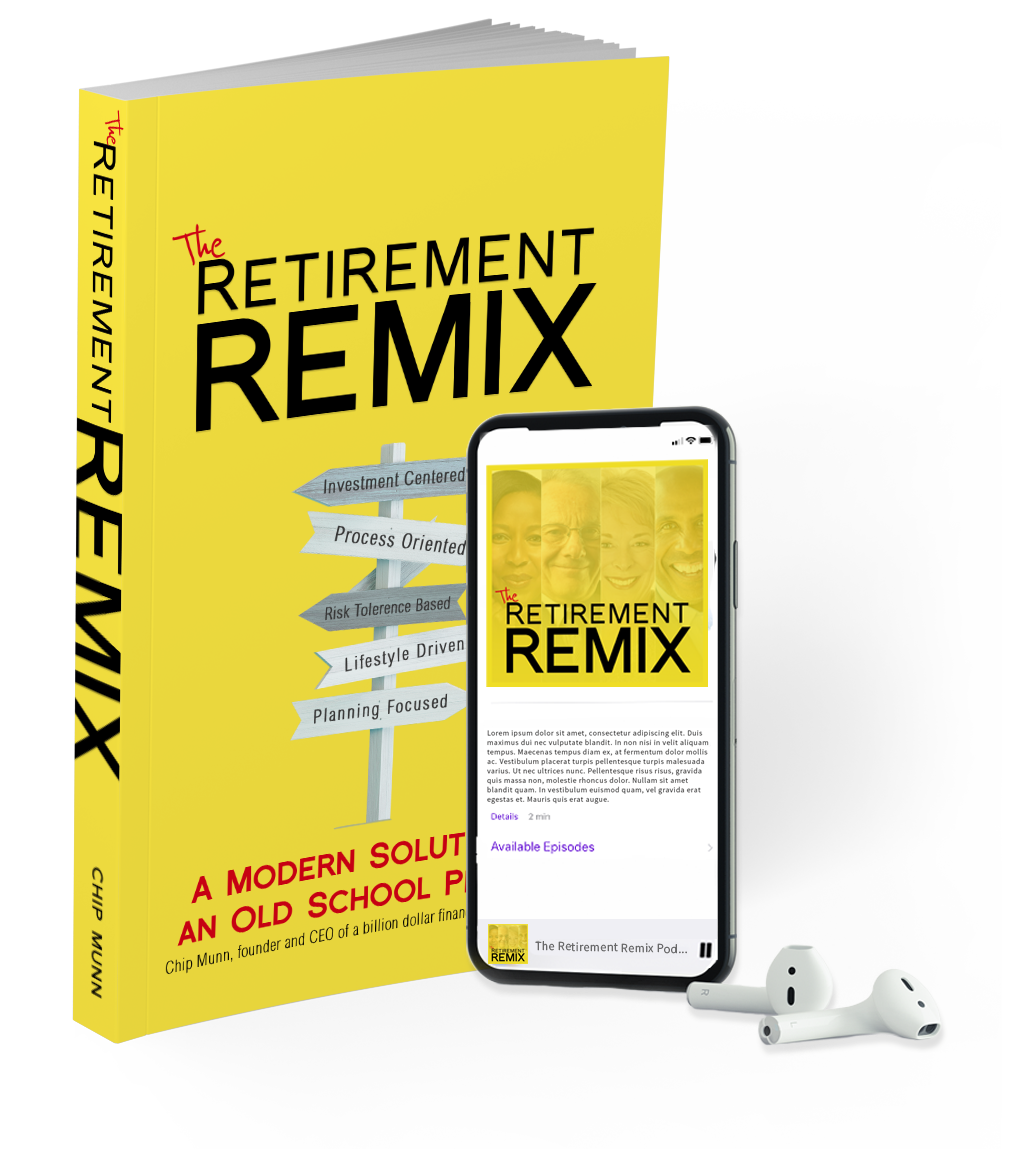 Real conversations with real people about how we actually retire. Let's mix things up.

The Retirement Remix brings a fresh, flexible approach to retirement planning and goal setting with award-winning financial advisor, host, author, and founder of a thriving financial planning company, Chip Munn. Get your regular dose of retirement inspiration from people just like you.

Listen Now or
Read the Book

Old habits die hard, and old beliefs can be difficult to change.

Most of us have heard about “retirement” for our entire adult lives as if it were the magic pot of gold at the end of the rainbow and we should spend our careers working towards it.

Traditional retirement is a very simple concept: you produce for forty years, and then you retire and consume for the next twenty years. But does it really work out that way? 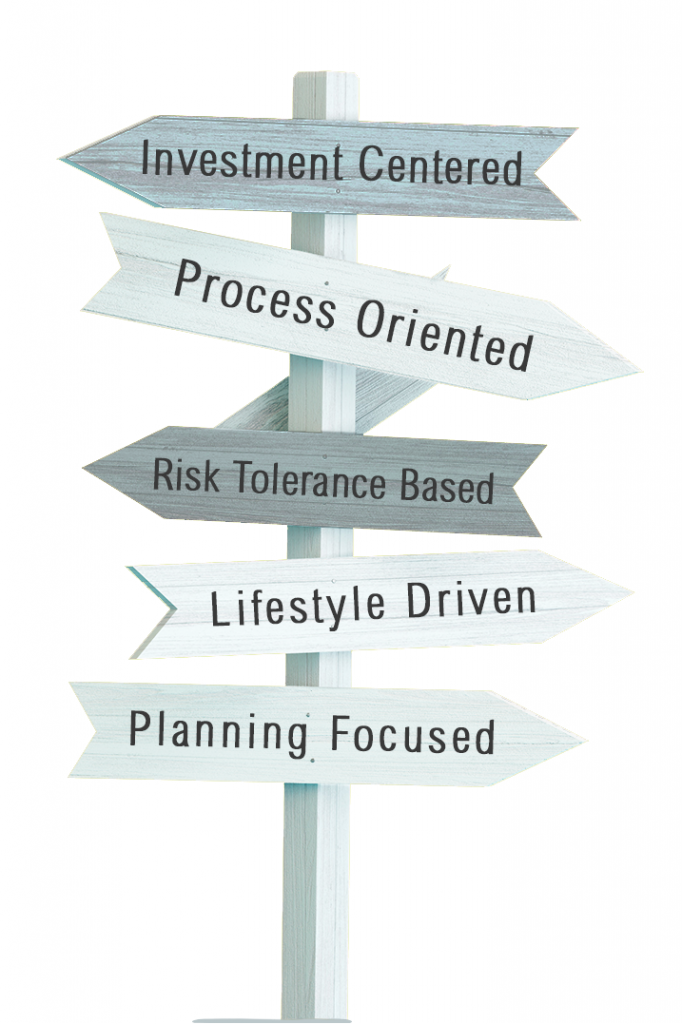 Eliminate the dividing line between “working” and “retirement.”

Put control of your future back into your own hands. There’s no single cookie-cutter solution, we'll explore them all.

If you’re the type of person who likes to explore new ideas, you’ve come to the right place. We understand the importance of not rushing into things, especially when it’s your life we’re talking about. Stick around to be inspired, find direction and build your Retirement Remix.

“When I left, I felt I really did not want to retire. I had no use for it. I didn’t want to enter an old-school retirement because I suspected it was going to be no fun for me.”

“The possibilities of what life brings, or what investments bring, or what business brings keeps you young. I never see myself truly retiring. Retiring is where you wake up in the morning, don’t have a watch on, and you don’t know what day of the week it is. You just play golf and do stuff. Many retirees simply exist. I can't do that. I have to be a contributor. I need to be giving to a business or an organization. That’s what makes me happy.”

“As for me, my job was rewarding financially but not mentally. And that’s why I decided I needed to be doing something I had some passion for and enjoyed the actual work.

We had a beautiful boat, and we didn’t want to be in our seventies or eighties, living within striking distance of one of the most beautiful areas in the world—the hundreds and hundreds of islands that are between the coast and the outer reef—without ever having gotten to see it!”

“If I were going to advise anybody who’s going to sell a business or quit a job, I’d tell them to prepare financially. Don’t take the first job that’s offered to you just because the salary is good and it will put your financial life back in order. Look for something that you’re excited about doing every day.” 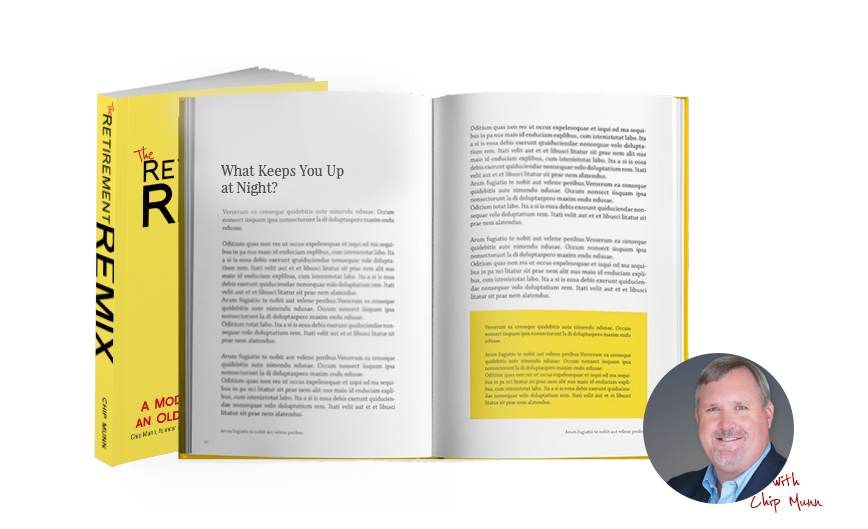 A Modern Solution to an Old School Problem

For generations, the concept of retirement essentially meant planning for the day when we’d leave work for a permanent vacation. I’ve watched as people I cared about put off for tomorrow, left vacation days unused, and felt unhappy or unfulfilled, so they could max out their retirement accounts and leave the workforce as quickly as possible. For me, and my clients, I decided that retirement needed a more modern approach. Much like many of the great songs of the past, the melody was still appealing, but it needed a remix to make it more relevant – so The Retirement Remix was born.

With The Retirement Remix, we eliminate the dividing line between “working” and “retirement.” Putting control of your life back into your hands. There’s no cookie-cutter solution to getting it right, so we've created a guide to help you discover your unique Retirement Remix.

After graduating Magna Cum Laude from Clemson University, earning a degree in education, Chip was selected as an Academic All American by USA Today. Though he began his career as a teacher in a formal education setting, he quickly realized that his teaching skills could translate into a career in wealth management, and he transitioned into finance. In 2015, he was ranked among the Top 10 Regional Advisors Under 40 by On Wall Street magazine. Since then, as the CEO and Visionary of Signature Wealth, he's driven the growth of the practice from a small three-person team to a regional wealth management group with 30+ team members thriving in more than 10 local communities.

Chip specializes in retirement, education planning, and the transfer of wealth. Seeing his clients fulfilling their dreams and living their Signature Life is what drives him.