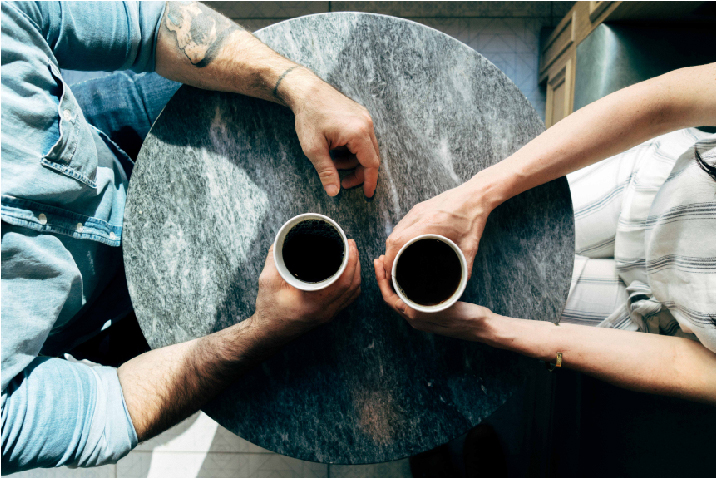 It’s Time for “The Talk”

There comes a time in every parent’s life when you have to have it… the talk. You know, the one about protection. No, no it’s not – exactly – the one you’re thinking about right now, but it is one that’s worth having and there’s no better time to have it than here at back to school time!

Whether we’re ready or not, there comes a time when the little bird has to leave the nest. We don’t have to like it, and there’s nothing that we can do about it. One thing we can do though, is make sure they know these four simple financial rules that can protect them along the way.

1. Your credit score is one of your best assets – take care of it.

Students need to understand the pros and cons of using debt. Companies often target college kids with cool marketing campaigns, awesome t-shirts and all kinds of freebies (including the credit cards themselves.) The problem is that these “free cards” often come at a pretty high price to a young person’s credit. According to myfico.com, “Applying for a single new credit card may have a small impact to your score, but if you apply for several credit cards, that can have a much greater effect on your score…There is no magic number of applications that you should limit yourself to, but in general, the fewer the better.” (1)

On the plus side, learning to use a credit card correctly – and learning to pay it off monthly – can be a great lesson. Demonstrating good habits when it comes to using and paying off debt could actually raise your student’s score and that can –save- them money after graduation. Credit card companies are also typically quicker than retail banks when it comes to resolving issues with identity theft. There are other alternatives to credit cards as well. Debit or prepaid cards may help your student better maintain a budget and many universities now have a debit feature on their student ID’s.

A final word of warning on credit- warn your college student about borrowing more money than is necessary to pay for tuition, books and housing. The “cash back” that some students can get from lenders will increase their debt and may limit some of their choices when graduation is over.

A credit score is like your financial reputation- it can take a lifetime to build and only a few bad decisions to destroy.

2. Protect your identity at all costs.

It’s easy to put all your information out there, especially for kids these days! They’ve grown up with Facebook, the internet, text messages, etc… Young adults often live in a pretty transparent environment, which also makes it easier for them to be victims of identity theft. (I mean, why wouldn’t an Arabian prince leave them his fortune, right?) A 2016 Study by Javelin Strategy & Research (2) found that an American falls victim to identity theft approximately every two seconds, that identity thieves stole $15 billion from US consumers in 2015 and that over the past six years, identity thieves stole a whopping $112 billion from Americans!

Suggest that your student take a few precautions, such as installing antivirus software on their computers and smartphones, changing their passwords every 90 days and frequently checking their banking and credit card statements. This is an area where it’s definitely better to be safe than sorry, because correcting an issue can be both stressful and time-intensive…and that’s if you get a -positive- outcome.

3. Don’t loan money to friends… if you want to keep them.

This is a lesson that many people unfortunately have to learn the hard way, so why not tell your kids about the issue now? Loaning money to friends (or family for that matter,) immediately changes the relationship. You won’t think it will, but it just does. If your college student has a friend who desperately needs a loan, force your child to think about these things before coughing up any dough:

I recognize this is probably the most difficult one, but it’s probably the most important. There are a few, key things that can change the trajectory of a young person’s life, often times, for the worse. None of us wants to think of “our baby” ending up on the wrong end of a flashlight or a court summons, but we know it can happen – even if they haven’t broken the law.

Consider this: According to the National Institute on Alcohol Abuse and Alcoholism, (NIAAA) 1,825 college students between the ages of 18 and 24 die each year from alcohol-related unintentional injuries. The NIAAA also found that approximately 599,000 students between the ages of 18 and 24 receive unintentional injuries while under the influence of alcohol. (3) In addition to the fines and other costs your student will have to come up with, a DUI can have serious long-term consequences…and that’s if no one is hurt. When it comes to sex, make sure your child knows your beliefs, thoughts and opinions on the subject, but don’t stop there – make sure they also know about the laws where they live and go to school and the potential consequences of their actions. College campuses across the country are struggling to deal with issues surrounding underage drinking and rape. Arm your student with knowledge -before- they head into these environments.

Here’s the thing – the law treats minors differently than adults and your student needs to know which side of the line they’re on.

When it comes to legal contracts, a safe bet is to tell your students to refrain from signing one before running them by a parent or another qualified professional. There’s not always an easy way to prevent a civil suit these days, but there are some surefire ways to prevent making your case worse. Encourage your child to talk to you and – if you can bear it – be willing to listen without putting them “on blast.” They’ll be more likely to accept your advice on the front-end and will be more likely to call you if (and when) trouble arises.

If you’re like me, the idea of talking about these things with your 16-22 year old…is quite simply, pretty hard. One of my favorite parenting quotes comes from Gandhi, who said “There is no school equal to a decent home and no teacher equal to a virtuous parent.”

As a virtuous parent, share these rules with your young adults. My hope for your family (and for mine) is that they’ll lead to a happy, healthy and uneventful school year!

If you have questions about how to turn the life you have into the life you want, we’ve listed several ways below that you can contact us.

Any opinions are those of Chip Munn and not necessarily those of Raymond James. As Financial Advisors of RJFS, we are not qualified to render advice on tax or legal matters. You should discuss tax or legal matters with the appropriate professional. Raymond James does not provide tax or legal advice. The information has been obtained from sources considered to be reliable, but we do not guarantee that the foregoing material is accurate or complete.

View all posts by Chip Munn →