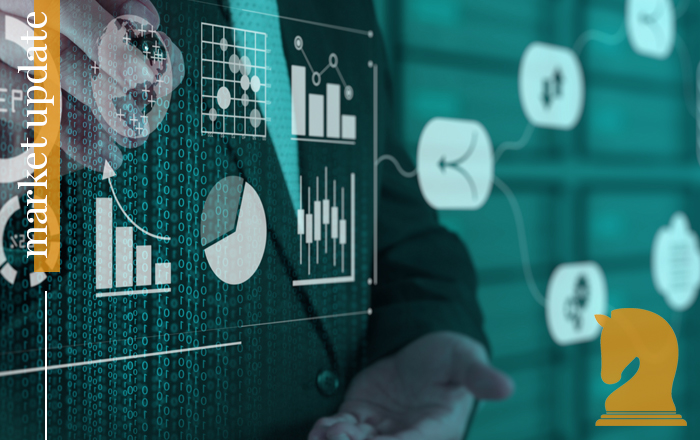 We’ve seen a big and welcomed, rally in stock prices since the end of June.  Since then, the S&P 500 index is up nearly 13%, and some of the laggards from early in the year have become the leaders.  While that is great news, it still does leave the index down more than 10% for the year, and down about 4% over the past 12 months.

What was the cause of this rebound?  I think a few things have been factors.  First, corporate earnings reports have largely been “okay.”  I know that doesn’t sound great, and it’s not, but investors had been counting on bad reports from corporations.  Having said that, I don’t think that we are out of the woods yet, and I can see that expectations for the next 12 months of earnings have been reduced.  Lower corporate profits usually lead to lower stock prices.  We’ll see how much of that has already been baked in.

Second, I believe that many investors had “sold short” against stocks, essentially making bets that stock prices would fall.  As corporations reported their earnings results that weren’t as bad as feared, stock prices started to go higher.  As prices started to rise, those investors were forced to close out their bets, which required them to buy stocks.  As they bought stocks, prices went even higher, contributing to the stock market going higher.

Lastly, long-term interest rates have moved a lot lower since peaking on June 14.  The 10-year US Treasury bond yield, which is widely used as a proxy for longer-term interest rates, fell from 3.49% at its peak to as low as 2.60% on August 1.  As rates have come down, it has made stock prices, especially of high-growth company stocks, look more attractive to buyers.  Lower long-term bond yields also often indicate lower mortgage rates, too, and that has been the case, as the average 30-year mortgage rate fell from nearly 6% in mid-June to around 5.2% currently.

Long-term rates coming down is in sharp contrast to what the Federal Reserve is doing to short-term rates.  They have raised the Fed Funds rate from 0.08% early this year to 2.33% currently.  This has created a phenomenon called an “inverted yield curve,” in which short-term interest rates are higher than long-term interest rates.  Often, but not always, this inversion precedes a recession.

With earnings expectations for corporations declining, high valuations due to the market rebound, and an inverted yield curve, I recommend that investors keep on their toes.  Most likely, this has been a rally inside of a bear market, not the start of a new bull market.  I doubt that the S&P 500 will go back down to its June lows below 3700, but I do expect a pullback from here.

If we do get that pullback, it will be a very interesting time to start looking at new investments. The mid-term elections could be a catalyst to move stock prices higher.  This year looks to be setting up a lot like 1994, a mid-term election year.  Then, the Federal Reserve also raised interest rates (in fact, it was the last time they made a 0.75% hike prior to this year) and the majority party lost control of Congress.  The elections are still nearly 3 months away, but analysts currently believe the majority party will lose some seats.  After the election in 1994, the stock market raced higher in the next 12 months.  So, an interesting pattern is setting up.  There are more variables involved in setting stock prices than just these, but you can see why I think the elections could be a catalyst.

We’ll be watching all of these things, and we invite you to call your advisor if you have any questions or concerns.  In the meantime, enjoy the last few weeks of summer!

Past performance may not be indicative of future results. There is no assurance any of the trends mentioned will continue or forecasts will occur.  Investing involves risk including the possible loss of capital. Asset allocation and diversification do not guarantee a profit nor protect against loss.  There is an inverse relationship between interest rate movements and bond prices. Generally, when interest rates rise, bond prices fall and when interest rates fall, bond prices generally rise.

The forgoing is not a recommendation to buy or sell any individual security or any combination of securities.

The S&P 500 is an unmanaged index of 500 widely held stocks that is generally considered representative of the U.S. stock market. Individuals cannot invest directly in any index.   The Dow Jones Industrial Average (DJIA), commonly known as “The Dow” is an index representing 30 stocks of companies maintained and reviewed by the editors of the Wall Street Journal.  The NASDAQ composite is an unmanaged index of securities traded on the NASDAQ system. U.S. government bonds and Treasury notes are guaranteed by the U.S. government and, if held to maturity, offer a fixed rate of return and guaranteed principal value. U.S. government bonds are issued and guaranteed as to the timely payment of principal and interest by the federal government. Treasury notes are certificates reflecting intermediate-term (2 – 10 years) obligations of the U.S. government.  Every investor’s situation is unique, and you should consider your investment goals, risk tolerance and time horizon before making any investment.

The foregoing information has been obtained from sources considered to be reliable, but we do not guarantee that it is accurate or complete, it is not a statement of all available data necessary for making an investment decision, and it does not constitute a recommendation. Any opinions are those of Scott Mitchell and not necessarily those of Raymond James.  Expressions of opinion are as of this date and are subject to change without notice.  Raymond James does not provide tax or legal services.  Please discuss these matters with the appropriate professional.